Mauro Camoranesi: the cruel fate of the half-forgotten titanium of Italian football 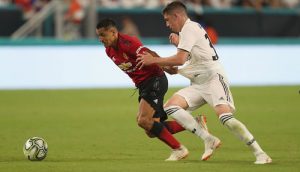 Mauro Camoranesi remains a mystery to the entire football world. He deserves to be remembered, and he has something to brag about for his rich career, but it just so happened that it was not accepted to praise him, and the Italian heroes of the time chose others.
Play Mauro in the Premier League, and about him would still sing songs. Hardworking, loyal, aggressive, powerful, purposeful, masterful, disinterested, bipedal, easily adaptable and resolute – he had all the qualities of a cult figure. But somehow he went unnoticed, in the shadow of his contemporaries.
Mauro Camoranesi was born in 1976 in Tandil in the province of Buenos Aires. Even in his wildest dreams, he could not imagine what would become a football player and put on a t-shirt of the Italian team at the World Championships.
Great-grandfather Mauro named Luigi was an Italian who immigrated to Argentina in 1873. When the future Tandil magician grew up, he was worried about the local River Plate, but he took his first steps towards a professional football career in Aldosivi in ​​the second division.
Even then, his life was such that all the prominent figures of local football passed by him – no one noticed Mauro’s kid. Scouts of the Argentinean grandees of Camoranesi did not notice – as were the representatives of the national team. At age 19, he received an offer from the Mexican Santos Laguna, where he spent a useful but challenging year in the MX League. Especially failed to prove himself – he rarely trusted.
Desperate to make a name in Mexico, the Argentine packed up and went to Montevideo. Here, alas, another disappointment awaited: in Montevideo Wanderers, he again wiped the bench. Having played in six games, he despaired of finding himself in Mexico or Uruguay, and returned home right to the start of the 1997/98 season.
Banfield just flew out of the big leagues and didn’t find fault with the quality of recruits. In Example B, Nasional Camoranesi finally managed to draw attention to himself: he consistently delivered balls to Alejandro Glariy, thanks to which he became the top scorer in the division. Sam Camoranesi recorded in his asset 16 goals, so that “Banfield” climbed to the very top of the Metropolitan area and went into the playoffs, where he lost the victory “Belgrano”.
Finally, having ceased to be considered invisible, Mauro hoped that major players would finally knock, but that was not the case. “Rover” was silent – like its competitors. Pokukov, Camoranesi again tried his luck in Mexico, in the “Cruz Azul”, recently celebrated the championship. At this time, the legionnaire did not shun, and he spent productive two seasons, having played well with Juan Francisco Palencia. True, the trophy slipped away again – this time the taste of victory was selected by Pachuka.
The Mexicans well remembered the name of their new pet, but the rest of the world did not know about it. Camoranesi was not called up for the national team – even the youth went past him, and unnoticed by the midfielder turned 23 years old.
Meanwhile, Cruz Azul did not have enough stars from the sky, although Mauro himself played well and steadily. Heavy defeat in the fight for the cup hit hard on morality. While Argentina continued to ignore the descendant of Tandil, in Europe they began to stare at him. In the summer of 2000, the Italian “Verona” offered the Mexicans enough money to say goodbye to their star.
Transition helped the stagnant Camoranesi to show everything he was capable of: along with him in the team were such talents as Alberto Gilardino, Adrian Mutu and Emiliano Bonazzoli. But that composition, which had not yet fully manifested itself, was too raw, as a result of which Verona was forced to fight for survival.
It seemed that Camoranesi was doomed to take one step forward, a second side, and the third – back. Together with him the club struggled, puffing, achieved three victories in a row and managed to escape.
As a debut in a new country, it will come down. It was no secret to anyone that without the zeal, skill, and aggressiveness of the newcomer, salvation would not have happened. Mauro scored against Vicenza, Bari, Lazio and Roma. Unfortunately, to repeat the relative success did not work: the team went to the bottom in a series of B.
But Mauro Camoranesi was not discouraged: in spite of the teammates fiasco, his reputation was only growing – a draw with Juventus, which was impressed by the Argentine, helped a lot. The result – a fateful transition to Turin. But at home they wondered: where was this guy and why did we miss him?
Of course, life continued to throw up difficulties, but the debut season in Juve turned out to be almost perfect. Scudetto managed to take without much difficulty, and in the Champions League managed to get to the final, where Milan was waiting for Old Trafford. On the way, Barcelona and Real were defeated. It was the peak of Italian football.
Mauro Camoranesi: the cruel fate of the half-forgotten titanium of Italian football
In the final, Camoranesi was replaced during the break – he was replaced by Antonio Conte. Perhaps it was a mistake – in that chess confrontation, where both sides knew how to cancel the rival’s best qualities, Mauro’s aggression would have come in handy.