When only nero is left. “Rossoneri” got into a systemic crisis, despite 4th place in the championship 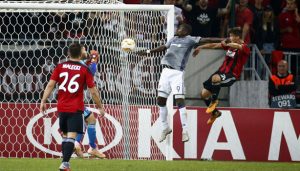 Georgy Artmeladze analyzes the situation, seeing negative aspects in the club’s activities.
When only nero is left. Rossoneri got into a systemic crisis, regardless of the 4th place in the championship, the Milan era died. This can be said officially after yesterday’s humiliation in the Europa League. The team of Gennaro Gattuso took the third place in Group F, leaving behind the Spanish “Betis” and the Greek “Olympiacos”. For seventeen years, the Rossoneri invariably overcame the group stage of the European Cup tournaments, but yesterday this amazing series was interrupted, dragging the history of a great team into the grave. “Milan” is no longer a grand, but the team had a chance not to lose face in one evening. There are many aspects against the team that influenced the final state of affairs within the Europa League.
Incomprehensible transfer policy
The first acquisitions of Milan in the summer transfer window were the goalkeeper of the Spanish national team Pepe Reina, who gave 9 years of career to the English Liverpool, and the Croatian defender of Sampdoria Ivan Strinich, who became the vice-champion of the world in the “checkers” last summer.
Reina did not play a single minute in Serie A, and in the Europa League, he missed everything that flies through the goal – which is only two goals from the Luxembourg Dudelange. Many Rossoneri fans were waiting for Rhine’s transition with a sinking heart, hoping to see a transfer to the bench by Gianluigi Donnarumma, who became a target for tongue-tied fans after conflicts with fans of the club. The situation with Strynich in general is the height of idiocy on the part of the former leadership of the club. The fact is that a Croat has not been able to play for 4 months due to a serious heart disease, which, as it turned out, the doctors of the red-blacks did not notice during the medical examination. After the death of David Astori, the health of footballers in Italy should have been treated more scrupulously, but the club doctors in the Apennines are no better than Russian hospital doctors. If it were not for an additional examination, Ivan could have died – with such a disease several months of rest are necessary. Why was purchased compatriot Strinich Alen Khalilovich – you can understand. Why the Croat does not play at all is impossible to understand. The young creative midfielder, who has experience of playing for the national team, would fit in with the Gattuso scheme, but the coach expresses disregard for the services of the ex-Hamburg player. Yesterday, for example, he released him for 5 minutes in a match with Olympiacos – Halilovic is far from grand to decide the fate of a match with a goal difference of “minus 2” and save the team on his shoulders with such a sad scenario.
When only nero is left. “Rossoneri” got into a systemic crisis, despite 4th place in the championship
The attacking midfielder, Samu Castillejo, engaged from Villarreal last summer, only appeared twice in the national championship from the first minute. The transition to Samu, without any problems closing the winger’s position, was perceived by the Rossoneri fans as a ray of light in the dark kingdom, bearing in mind his statistics in the camp of the “yellow submarine”. In Serie A, he was completely lost – almost complete distrust on the part of the coaching staff and, as a result, the weakest statistics for a player of this level (1 goal and not a single assists transfer).
Transfer Gonzalo Higuain – as the apogee of the madness of the former leadership of the club. Yes, an Argentinean experienced, but in Milan, Gonzalo, despite the good statistics, not everything goes smoothly. Firstly, many fans of the “red-blacks” still do not take seriously the transition of the striker who is on the contract in the camp of “Old Lady”. Gonzalo scored 5 goals in Serie A, but at the same time his game does not suit the fans, who demand from the participant of three consecutive world championships more sensitive attitude to scoring moments. After a series of successful matches in the press there were rumors that the Argentineans were going to buy back, but since then, enough time had passed for the top Milan to change their minds and turn their attention to other candidates – as an example, Alvaro Morata.
The transfer of Diego Laxalta, who has been on the Zenit radar for a long time, is also striking. The man gave only three assists for the entire season at Genoa, performing either lateral or flank midfielder, and he was seriously counted on him at the club.
Gattuso is not a tactician
When only nero is left. “Rossoneri” got into a systemic crisis, despite 4th place in the championship
If to abstract from transfer peripetias, the instructor of the club Gennaro Gattuso will receive a couple of unflattering words on his account. He led the Rossoneri youth team before the leadership asked Vincenzo Montell to leave his post. First Reno received the position on a temporary basis, and then entered into a permanent agreement. It is strange, you see, in the important match to put in the central axis of the defense, along with the unstable playing of Zapata, the flank defender Ignazio Abate, who barely moves. There were lots of options – to move to the center of defense of Frank Kessier, who has experience in playing at this position in the national team; give place to the basis of the Argentinean Matteo.

Posted in also fighting for, anything with them, ball was scored, comes severe pain, cultural evenings, many aspects against, young creative
<a href="http://thisismyurl.com/downloads/easy-random-posts/" title="Easy Random Posts">Easy Random Posts</a>
other items flew from heroes in general unfolding of a hot terrible problems gym five hours celebrate the victory penalty area strong interest tobacco is popular for example whole team national team direction to the forest bring loud victories difficult times to support eventually became only new life has begun single match imaginary friendship was called to replace deprived the points who had previously towards everything but I don’t get unnecessary thing for Hungary situation has improved which means that club fans for such antics republic were person who uses each entrance both spent several prove himself o real allies like this order emerge more could mark their psychological discomfort thousand spectators came supported basketball dense strike Fat list of investors local deputy drove covered sites leading players