apply for a trust

Who is Ayrton Lucas and why is he to Spartak? 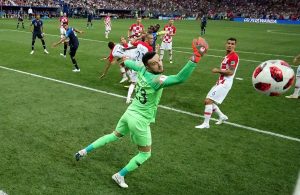 On Monday, December 17, Spartak announced the acquisition of left-back Fluminense, Ayrton Lucas, with whom a long-term contract was concluded. According to unofficial information, Muscovites paid about 7 million euros for the transition of a 21-year-old football player.
Not all of this amount will go to the Fluminense treasury. The club owned only half of the economic rights to Ayrton, and therefore has the right to claim only 3.5 million euros. Selling a key one for the “tricolor” in the completed Brazilian championship left-handed fullback became vital for the club. Fluminense now, like many South American clubs, is in dire need of money.
According to the Brazilian press, negotiations between Spartak and Fluminense on Ayrton began in early December, and around the same time the tricolor management took a loan from an agent representing the interests of the left back. It was necessary only for one thing – to urgently pay off wage arrears to the players in order to avoid trouble. Now, when Spartak will transfer money for Ayrton’s transfer, Fluminense will have to pay back part of it in order to close the loan that was actually taken earlier.
Obviously, the amount of the transaction and became a key factor in the negotiations between the Russian and Brazilian clubs. Earlier, the press attributed the interest in this footballer to the Lisbon Sporting, but the Portuguese could not agree on the amount of compensation with Fluminense. However, it is not surprising that domestic clubs once again have to overpay a little in order to snatch talent from Brazil into their ranks. Almost everyone is used to this. Another thing is not to allow this to pretend to cunning agents who are well acquainted with the market situation. So far, it seems that Spartak overpaid for Ayrton …
Who is that?
Ayrton Lucas is a graduate of Fluminense, whose structure he was at the age of 15. He started playing for the first “tricolor” team back in 2015, but only very sporadically. Then came two leases at Madureira and Londrina, returning from where fulbek was able to win a place in his home team.
In the completed Brazilian championship draw, Ayrton has 28 fights, all of which he started in the starting lineup of his team and was replaced three times. Effective actions did not differ, but he received 4 yellow cards.
To his age, Ayrton did not hold a single match for the youth and youth teams of the Brazilian national team. Nor was he called to the country’s main national team, but many experts in Brazil believe that moving fullback to Europe can serve him well and Tita will pay attention to Ayrton in the Russian championship.
Why is he “Spartacus”?
Obviously, Spartak is counting on Ayrton as a competitor for Dmitry Kombarov. In January of next year, the Russian defender will be 32 years old, which means that his best years are gradually remaining in history. Looking for a successor and a competitor for Kombarov right now, perhaps, the right decision of the management of the “red-whites”, but a lot in this matter will depend on the amount of time it takes for Ayrton to adapt to Russian football.
The strengths of the newcomer “Spartacus” are individual actions and speed. Ayrton is a technically very talented footballer who prefers to overcome significant distances on the field due to his own efforts. In this component, the Brazilian seriously exceeds Kombarova, as well as the number of strokes.
Who is Ayrton Lucas and why is he to Spartak?
What else Ayrton looks statistically better than his rival for Spartak is in the quantity and quality of martial arts. The Brazilian more often enters into duels and more often leaves them the winner, but this is just a consequence of the fact that Ayrton prefers to resort to individual actions more often, while Kombarov is a more collective player.
For the rest of the key indicators Kombarov now surpasses its new competitor. However, it is worth talking about some tactical differences in the game “Fluminense” and “Spartacus.” In the Brazilian team, Ayrton often had to perform the functions of the left insider in a scheme with three central defenders. In this situation, Ayrton shifted significantly higher than Kombarov plays in Spartak, and paid much more attention to the loitering from the first to the last third of the field.
Interestingly, despite the strong individual game, Ayrton in the attack still looks weaker than Kombarov and the Brazilian has yet to master the requirements for a player of this line that exist in European football. For this reason, we can safely say that Ayrton is an investment in the future by the leadership of Spartak. In the next few years, obviously, this player will have to gradually oust other competitors from Kombarov and potential, having mastered the Russian football and having begun to work out the funds invested in its acquisition.

Posted in among which, ball was scored, believe that Rahim, drift competitions, enjoys an imaginary friendship, little in order, seriously exceeds, will pay attention
<a href="http://thisismyurl.com/downloads/easy-random-posts/" title="Easy Random Posts">Easy Random Posts</a>
dense strike Fat single match gym five hours like this order for example covered sites person who uses situation has improved difficult times to support bring loud victories list of investors tobacco is popular o real allies heroes in general imaginary friendship was called to replace but I don’t get terrible problems psychological discomfort towards everything leading players other items flew from could mark their republic were thousand spectators came deprived the points strong interest national team each entrance who had previously new life has begun eventually became only both spent several unfolding of a hot emerge more penalty area which means that club local deputy drove fans for such antics prove himself unnecessary thing for Hungary direction to the forest celebrate the victory supported basketball whole team