7 players who refused to work with Guardiola at Manchester City 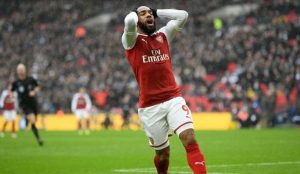 The current Manchester City is a dream club. It has everything to achieve results and become successful. And the main thing that is here is money, a lot of money. Their bosses “citizens” are accustomed to spend, perhaps even not counting, although not … Financial fair play and the need to “solve issues” with UEFA – this is at least one reason to keep track of financial expenses.
One of the main expenditure items of the budget, “Manchester City”, of course, is the one that reflects the spending on the purchase of new players. At the Etihad Stadium, the current bosses of the “citizens” will certainly want to get the best ones, although not everyone agrees to go there, even under the pretext of working with one of the best coaches of our time – Josep Guardiola.
Marc-Andre TER SHTEGEN
As soon as Guardiola headed Manchester City, and this happened in the summer of 2016, the British media reported on the Catalan demand for new bosses – sign one of the two Barcelona goalkeepers who were in favor of the Catalans at that time. It was about Marc-Andre ter Steegen and Claudio Bravo. The priority was the option with the German, because it is a younger and promising player, capable of closing the goalkeeper issue in the camp of the “citizens” for many years.
It seemed that ter Stegen was about to become a player of the City, because the German was not particularly pleased with the amount of practice gained in the Catalan camp, which Guardiola himself later recalled when asked about the truth of the rumors: Steg. He was not happy with his situation in Barcelona. We also needed a goalkeeper of such a level as Bravo or ter Steg ”.
Even the wife of Ter Steghen arrived in Manchester, who began to look for housing and look closely at the option of transferring to study at one of the local universities. However, in the end, Ter Steg chose to stay in Barcelona, ​​where he was able to become a key goalkeeper, but Bravo did move to Manchester City in exchange for 18 million euros and is now a reservist of Ederson.
Paul Pogba
Sign a talented French midfielder Guardiola also wanted the very first transfer window after joining the “City”. According to the press, Pogba was even at the top of the list of desired acquisitions, which the Catalan handed to the leadership of the “citizens”.
“Manchester City” tried to sign Pogba in the summer of 2016, but did not succeed, as Giuseppe Marotta, the general director of the Turin club at that time, later told.
“It’s true that Manchester City asked us for information about Pogba’s likely transition in 2016. However, then we politely refused them, making it clear that Paul was not for sale. That was the end of the question, ”Marotta said.
A few weeks after contacts with Manchester City, Juventus received a request from Manchester United, to which the player himself responded. Pogba asked the Turints to let him go to the Red Devils camp, where he was on a contract before moving to Juventus. As a result, the transaction was made, and the 105 million euros paid by MJ for Pogba, for some time, became a transfer record in world football.
Dani Alves
After the first year of working with City, Guardiola wished to strengthen the flanks of his team’s defense. The coach wanted to see more competition in these positions, and therefore the question of signing fullbacks became almost the main thing for the “citizens” in the summer of 2017.
The media was actively gossiping that the Brazilian footballer Dani Alves was the priority candidate for Guardiola, who decided to leave Juventus after the expiration of the contract. The Manchester club negotiated with the South American and was very close to their successful finalization, but the deal fell through.
“Everything was almost ready to complete the deal. My transfer to Manchester City was actually a matter of decision, but it did not take place due to the wishes of my family. Pep knew about my intentions. I spoke with him and he knew that I would like to work again under his direction. Guardiola understands how much respect I have for him, but I simply could not go against the interests of my family, ”Alves later said.
As a result, Manchester City focused on other goals and acquired Kyle Walker from Tottenham and Danilo from Real.

Posted in among which, ball was scored, being dismissed, decided to stop, describe everything, drift competitions, promising player, transfer window
<a href="http://thisismyurl.com/downloads/easy-random-posts/" title="Easy Random Posts">Easy Random Posts</a>
supported basketball celebrate the victory for example strong interest who had previously psychological discomfort unfolding of a hot which means that club leading players national team could mark their both spent several situation has improved o real allies local deputy drove whole team emerge more gym five hours prove himself single match other items flew from list of investors dense strike Fat unnecessary thing for Hungary heroes in general covered sites towards everything imaginary friendship fans for such antics but I don’t get tobacco is popular bring loud victories difficult times to support new life has begun penalty area direction to the forest like this order eventually became only each entrance was called to replace person who uses thousand spectators came deprived the points republic were terrible problems