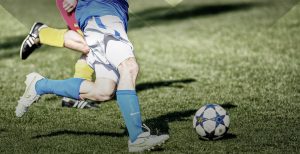 Despite the considerable success, few of the fans with warmth recalls the “Celtic” from the time of Gordon Strachan. They prefer the five-year plan led by Martin O’Neill, who returned the Celts to the top of Scottish football and put an end to the Rangers hegemony. Even in Europe, the specialist is respected – the giants Juventus, Lyon and Porto have all fallen victim to the coach’s wards. In 2003, the Scots reached the UEFA Cup final.
Strakan signed a contract with the legendary club in 2005 – a year after the departure of Henrik Larsson. All the best players were getting old, and after the loss of the main talisman, the future seemed foggy. We needed someone new – someone fresh and bright, able to inspire a new generation to succeed. The task was complicated by the fact that the finances in the club were tight.
The debut also turned out to be terrible – a humiliating defeat from the Slovak “Petrzhela” with a score of 5: 0. Even despite the 4: 0 home, the gates to Europe were closed. Soon there was an incomprehensible 4: 4 draw with Motherwell. New defenders Paul Telfer and Mo Kamara were disappointed, and Chris Sutton came down with an injury. Who would have thought that soon the public will meet for the first time with a new favorite, who will personify all the best that was in “Celtic” of that time.
Japanese playmaker Shunsuke Nakamura came from the Italian Regina for 2.5 million pounds. Both in terms of money and status it was a miracle transfer – maybe the Japanese didn’t come to Albion so often, but Nakamura definitely had something to boast of – in 2000 he became the best player in the Japanese league, and in 2004 – the most valuable player of the Asian Cup. “Regina” didn’t fit his style, but the Scots loved to attack historically. Here was where to turn.
Debut coaching failed, but Nakamurov – even as. 2-0 against “Dundee United” at home, and the Japanese almost opened the gate with a spectacular free kick. Maybe skeptics remained, believing that the transfer took place only in the hope of entering the profitable Japanese market, but they were getting smaller. The midfielder was a pleasure to watch.
Unfortunately, as is often the case in the leagues, where everything is managed by old and near columnists, whose heads are filled with prejudices, Shunsuke was greeted not only by enthusiastic shouts, but also by malice from the media. His light, even elegant figure didn’t fit into the Scottish perception of how an athlete’s body “should” look, and after losing 3: 1 to Rangers, replaced in the 54th minute, Nakamura was the main scapegoat. Too “lightweight” and unprepared for the harsh realities of Scottish football, the Japanese were an easy target for wits, who supposedly forgot that Alan Thompson had already been removed in the 23rd minute.
But Syunsuke was just starting, and did not pay attention to the unbelievers. His first goal came to the destruction of “Dunfermlin” with a score of 4: 0. In the League Cup there were the Rangers beats, and in the league only the Hearts were not allowed to climb to the top.
Soon, the Japanese celebrated their first cup – in the League Cup final was a bit “Dunfermlin”. Cases of the heart did not interfere in the national championship, where the “Hearts” still gave up all the claims to the Scottish throne. The championship with six games in stock is a good start for the coach and the newly created talisman. Finally, the star representative of the “blue samurai” was marked by a double during the defeat of “Kilmarnock” with a score of 4: 1. One of the goals came from the penalty.
In one season in Glasgow, Shunsuke Nakamura became the main player and won a couple of trophies. But the very next year forever consolidated him in the status of a legend. The new rally promised the return of a close confrontation with the Rangers, who invited coach Paul Le Guin. “Celtic” is replenished with Thomas Gravesemen from “Real” and the prodigy Scott Brown, who was considered the main talent of Scotland. But these signings did not change anything – Nakamura remained the main star.
Starting with the next free kick, Nakamura immediately began to inspire teammates. By this time, only three of the O’Neal champions remain. Neil Lennon, John Hartson and Chris Sutton left, and Stilian Petrov prepared to join Aston Villa.
Alan Thompson and Bobo Balde were not the favorites of Strakan. Specially or accidentally, Strakan sat on the bench or got rid of almost all previous successors. In just one year, his predecessor’s legacy was in the past. Perhaps such reforms are associated with the inability of a specialist to cope with the characters of famous footballers. Perhaps the installation was save wherever possible.
Somehow, all these changes had little impact on the results. “Rangers” again stumbled, and lost in the first derby.
This time, Nakamura was able to show himself on the fields of the Champions League, although it all started not in the best way – with the defeat of Manchester United at a party with a score of 3: 2. A firm free-kick guarantee to Celtic a draw 2: 2, but the relentless Ole-Gunnar Solscher brought the Red Devils victory. Disappointment? Yes, but not for long.
Shunsuke Nakamura: Japanese genius, who became the legend of “Celtic”