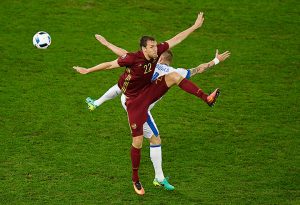 Let’s be honest, footballers rarely boast a good reputation. Drinkers, brawlers and revelers – when you have money and fame, the world is full of temptations. But this is not always the case: in 2018 there were many who thought not only about themselves, but also about others. Let’s talk about the 11 major virtues of the past year.
Raheem Sterling
In England, the attitude towards the talented player “Manchester City” is strange: there are quite a few hacks who devote all their time to trying to blacken him. Why, why, it is difficult to say, because Rakhim himself more than once argued that he was a worthy person. END_OF_DOCUMENT_TOKEN_TO_BE_REPLACED

Posted in agreed between, among which, ball was scored, elegant figure didn’t, fairly Russian name, his wealth to help, treatment plants 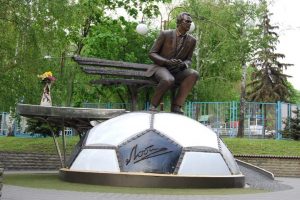 The older generation of football fans who took the beginning of the 1960s should remember well the famous corner kicks of Valery Lobanovsky, the attacking Dynamo player of Kiev Dynamo. He twisted the ball so skillfully that, describing the curve, he suddenly turned sharply into the near or far corner for the goalkeeper.
Footballer Lobanovsky, who graduated from school with a gold medal and played at Dynamo, at the same time successfully studied at the Kiev Polytechnic Institute. Speaking in the language of science, he used the so-called Magnus effect, which deflects a rotating body from straight-line motion, in its proprietary corners. calculated the speed of the run, the point of application of the ball and its force, and then brought the corner to automatism, practicing the blow hundreds of times in training. END_OF_DOCUMENT_TOKEN_TO_BE_REPLACED 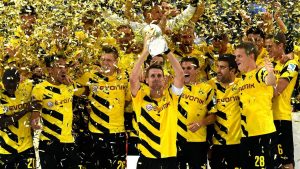 The German Bundesliga has always impressed with bright games and talented players. One of the Bundesteams is my favorite team – Borussia Dortmund. Dortmund is the heart of Westphalia, a small town with great fame.
In this team there were no legends and big world stars, but there was a soul and a huge passion for football. And in 2008, young Jürgen Klopp, who had previously coached Mainz, took over as head coach. Then, probably, the hearts of the fans of Borussia began to beat even stronger. He raised Dortmund to the world level. And on April 30, 2011, having defeated Nürnberg, Borussia became the German Champion. For the first time – under the leadership of Jürgen Klop. END_OF_DOCUMENT_TOKEN_TO_BE_REPLACED